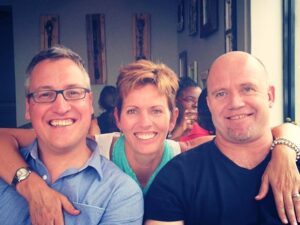 I remember before starting my career at magazines, how like a “proper” consumer I would look forward to and then totally devour my favourite magazine. Before joining Media24 as a journalism and media graduate fresh out of Rhodes Uni — the coolest thing possible was the thought of working in magazines. And don’t get me wrong, it was fabulous and I learnt a lot — but it was not always what I expected. For a start my boss at the time never told me that a “media consultant” was just a fancy title for a sales executive. The shoots, the exotic trips — we were part of building an incredible illusion and we were “living the life”. But at the end, there was a lot of hard slog involved. Another trip to an exotic location meant airports, connecting flights, travel tummy and saying goodbye to loved ones yet again. I couldn’t experience my favourite magazines quite in the same way — I came to view them with a critical publisher’s eye. And throughout my publishing career I was repeatedly told that we had just too much fun to call what we did “a proper job”.

Being part of launching our own company has been similar in that it has not been what I expected. I thought I’d have loads more time on my hands, not having a “boss” anymore. Our team is very bossy! Things we thought would just happen, like gaining VAT registration took forever. The red tape involved in starting a company from scratch is extensive. One would think that the authorities would make it as easy as possible to encourage entrepreneurship, but our experience has been contrary to this notion. What a wake-up call! And I can’t even say we weren’t warned, we were — by our financial experts. But ignorance is momentarily blissful and then very painful.

The good news is our formative year is now behind us and do we have learnings! We have indeed been “living the life”. It’s stretched us and grown us and mostly been quite exhilarating. Given the chance, I’d do it all over again. We are finally VAT registered, which just goes to show — tenacity and perseverance pays off.

Kim Browne and Mandy Bullock from DanceWeb celebrate the launch of the DanceWeb website in late 2011.

Starting Twisted Toast Digital with Kim Browne and Erik Verster on 1 April 2011 as a new, buzzy creative agency capable of delivering a large variety of quality marketing and other services, has meant one thing to me personally over the last year. Freedom.

Although entrepreneurship comes with a range of responsibilities, the freedom of knowing that your own success rests entirely upon yourself is liberating to me. Revenue generation, management, finance… everything is dependent on your own efforts, mistakes, ups and downs. That’s what the last year was. An amazing experience and opportunity to make a positive difference.

I’m also a Bob Dylan fan and I like his take on freedom:

“As majestic bells of bolts struck shadows in the sounds,

Seeming to be the chimes of freedom flashing”

Chimes of Freedom from Another Side of Bob Dylan (1964)

The past year has been characterised by two words: creativity and innovation. I have had the opportunity to once again experience the power of good design. Seeing a happy client loving what we have produced for them and seeing them taking ownership of it with pride is immensely satisfying!

Developing our own Twisted Toast brand identity probably set the standard of what was to follow for year one — we all debated and added our own little bit of spice to it, and ended up with an identity we’re all immensely fond of and identify with strongly.

In terms of innovation at Twisted Toast we are clearly not scared of rolling up the sleeves and doing what we need to do to deliver great work, be it shooting video of huge printing works, or creating custom data visualisation software, or even outstanding print design. I even learnt how to work with normal PVA wall paint to create our Twisted Toast office environment and our photo wall — trust me, it ain’t easy to create a gradient effect…

Looking at the end result of a year well spent however, I know the sky will always be blue at Twisted Toast, and whoever visits us will be photographed in front of our photo wall to become part of our world forever. Thank you Twisted Toast and may year two be even more awesome!